We use six categories, commonly referred to as ratings, to classify motion pictures in BC. Many provinces in Canada use similar category names, although the definitions for the categories, and what they may contain, vary from province to province.

May contain occasional violence, swearing and coarse language, and the most innocent of sexually suggestive scenes and nudity. Suitable for viewers of all ages.

May contain violence, coarse language or sexually suggestive scenes, or any combination of them. Suitable for viewers 14 years of age or older. Viewers under 14 years of age must be accompanied by an adult.

Will contain horror, explicit violence, frequent coarse language or scenes that are more sexually suggestive than in the 14A category, or any combination of them. Suitable for viewers 18 years of age or older. Viewers under 18 years of age must be accompanied by an adult.

These are “adult motion pictures” and may contain explicit sex scenes, violence or scenes referred to in section 5(3) of the Motion Picture Act, or any combination of them. The director assigns this category to motion pictures if the director considers that the theme, subject matter or plot of the adult motion picture is artistic, historical, political, educational or scientific. Restricted to viewers 18 years of age and over. Persons under 18 years of age are not permitted to attend under any circumstances.

These are “adult motion pictures” and may contain explicit sex scenes or scenes of brutality or torture to persons or animals, or any combination of them, which are portrayed in a realistic and explicit manner; however, the scenes would, in the director’s opinion, be tolerable to the community. Restricted to viewers 18 years of age and over. Persons under 18 years of age are not permitted to attend under any circumstances.

We use three unique designations when classifying trailers. These designations give theatre managers more flexibility in determining trailer placements than applying one of the six categories.

Approved trailers may be exhibited with all motion pictures.

Special Permission trailers may not be exhibited with motion pictures classified G or PG.

Restricted trailers may be exhibited only with motion pictures classified as Restricted or Adult.

We are committed to providing movie-goers with information about the type of content classified motion pictures contain. In addition to applying a category, classifiers attach advisories to highlight the key reasons why the category was assigned.

Below is a list of some advisories we commonly use. Please note, this list is not exhaustive and is subject to change. Our goals of reflecting community standards and helping consumers stay informed encourage us to be flexible in developing new advisories as needed.

bullying: anti-social behaviour (particularly in a school environment) in which a character intimidates, torments or physically harms another character

drug use: injection, consumption or inhalation of illegal drugs

explicit sex scenes: scenes that depict a sexual act which is actually visible to the viewer; for example, the viewer will be able to clearly see a genital-to-genital connection

explicit violence: violence that is expressly conveyed and depicted in detail. It may be characterized by extreme brutality, torture, tissue damage, dismemberment and/or decapitation

may frighten young children: scenes that may be shocking or alarming to a viewer under the approximate age of eight

nudity: depictions of post-pubescent human genitals, buttocks, or female nipples, or any combination of them

sexual content: dialogue, props, costumes, situations or other depictions that are overtly sexual

sexual language: dialogue that does not necessarily include coarse language, but explicitly describes or refers to sexual activity

sexually suggestive scenes: characters are acting as if they are engaging in sex; the scene suggests that a sexual act may be occurring; genital connections, and other explicit depictions, are not visible

violence: behavioural acts resulting in harm or having the potential for harm; this may include fighting, weapons, torture, suicide and violent sports 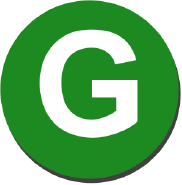 What do the ratings mean? 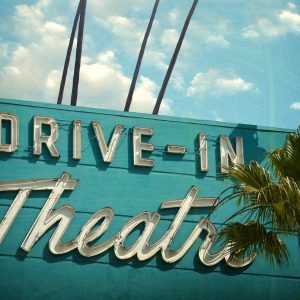